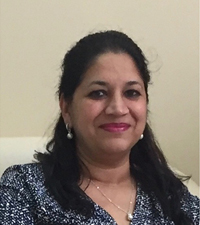 Parminder is the founder of RegPak BioPharma Consulting based in Amsterdam providing regulatory and pharmacovigilance services to many National and International companies. She has played a major role in setting the in-house RA and PV systems in compliance with the European regulations at various companies; Assisted various companies during Inspections and Audits conducted by EU Regulatory Authorities. Parminder was awarded Sikh Business Women of the year award in 2014. In 2011, she led an IMI Project on combination therapy at EFPIA, in close collaboration with Research & Development Group (RDG) at European Commission. In March 2007, Mrs. Kaur had been selected by the European Federation of Pharmaceutical Industries and Association (EFPIA) for her global expertise and also had an honour to be the Scientific Representative from India for the year 2000-2001, duly sponsored by UNESCO. Parminder had been a speaker, panellist and Masterclass provider at various international conferences.